Updates from the Lodge

The festive season in the bush was quieter than usual as a new variant of Covid was discovered by South African scientists. This discovery once again sent the tourism industry into turmoil with many guests having to alter travel arrangements or even cut their holidays short.
Inyati was unaffected on the ground as all the staff at Inyati are fully vaccinated and our Covid protocols have now become second nature. We are happy to report there have been no Omicron cases at the lodge to date. Staff and guest alike enjoyed a festive season with no pandemic madness.
The Sabi Sand Reserve, in true African style kept its timeless rhythms flowing unperturbed by the human mayhem outside our borders.
The visitors that did manage to make it to Inyati were met with many cool overcast days and unusually low humidity for this time of year. The rainfall for the month was a below average 84mm, but the rain that did fall was beautiful soft soaking rain just enough to invigorate the grasses and plants to create new shoots and solidify root systems. This plant cover will be essential not only as a  food source for our primary consumers but also as a binding agent for soil. Roots and plant cover keep soil particles together and minimize the inevitable erosion that our first big storm systems  bring.
The reserve has now transformed into a lush Savanna system painted with a myriad of luminous shades of green.

The grounds at Inyati have also sprung into life, with the lawn now thick and green and some of the flowering plants adding splashes of colour to the tropical landscape.
The Sand River is slowly rising, our local raft of hippo is loving their fresh new environment as the catchment area feeds the river with clean water.

We are very happy to report yet another successful month for the lions. The population is stable, and the males have been attending to the Othawa pride and keeping their ever-growing cubs safe.

The lionesses have had great hunting success and continue their diverse feeding habits of kudu kills along the river, an impala here and there and the odd wildebeest on the plains.
The Tumbela males have been treated to numerous kills by the lionesses and both the males have shown improvement in condition. The one male has developed into a post card specimen. Long may this last.

The Ximhungwe lioness still roams the outskirts of the reserve, surviving by avoiding any of the larger prides. The two lionesses are not often seen.
Two new males, the Plains Camp males, have been seen in the eastern side of the reserve. These males have come from the Kruger National Park and have not yet settled in a territory. They are large males and would certainly pose a threat to the Tumbela males if they decided to venture further west.
The Tumbela males and the Othawa pride have been very vocal most evenings, as they have picked up on the scent of both the new males as well as the Ximhungwe females. This sets them into action to protect their territory by scent marking  and roaring. These roars travel many kilometers and have a territorial spacing effect by warding off would be challengers within earshot. The tactic has been successful thus-far, but it may in time serve as an invitation as the Plains Camp males grow in size and confidence. Only time will tell.

As we presumed, both Khokovela and Basile have had litters.
Basile was found with two cubs south of Inyati on the banks of a steep riverbed. The viewing was difficult but  the mother is very relaxed, which allowed for some beautiful sightings of her new cubs when she brought them from the thickets to play and feed.
She once decided to move her den site whilst our game drive vehicles were with her.

Our Rangers were able to position their vehicles at a safe distance giving the mother and her litter the space and peace they needed to move. True to her nature Basile decided to walk her cubs right past the vehicles, giving our guests and rangers a once in a lifetime experience.

Khokovela’s movements have been centered around a rocky outcrop where she was born nearly eight years ago. This led us to presume the cubs were born in the very same place where Tlangisa gave birth to both Khokovela and Basile. As the cubs must have been very young and the area very difficult for us to access, we waited for Khokovela to lead us to the cubs when she saw fit. On the first of December she did just that.

Tlangisa and her cubs are doing well, and it seems she will again be able to raise these cubs to independence.
Tlangisa is now the grand old lady of the sector. Her daughters have set up den sites on the periphery  of her territory, but never venture too close to the core of her domain. They have first hand experience of Tlangisa’s territorial wrath. They probably remember their mother fending off hyena and male leopards when they were still dependent on her, and give her the due respect as a result.
Tlangisa still has her two sub adult cubs, their likelihood to survive to independence growing every day now.
The large herds of buffalo have been scarce but the resident bulls have made the shady banks of drainage lines their home. On hot days we find them lazing in the shallows of the Sand river.

The large herds of buffalo have been scarce but the resident bulls have made the shady banks of drainage lines their home. On hot days we find them lazing in the shallows of the Sand river.

Large herds of elephant are everywhere to be found. The ample grazing and cool waters of the sand river are luring  the worlds largest land mammals in great numbers. Our local herd has welcomed the visitors and social interactions of these animals have been hugely entertaining.

Most of the herds have had calves. The little elephants quickly grow accustomed to the vehicles and will show off to their peers by ferociously charging the game drive vehicles, to the delight of the guests.
The general game viewing has been very diverse this year as well. Our zebra population seems to be keeping it positive trend with more herds arriving and staying.

The wildebeest started dropping their calves in December and the little tawny ungulates have mostly survived the treacherous first few weeks of life. In part due to larger antelope keeping the lions occupied.

The Inyati team is ready and looks forward to hosting you in 2022.

Keith and the Inyati team 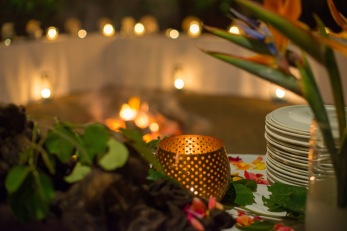 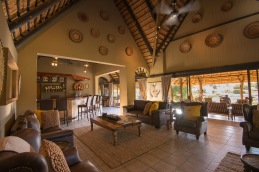 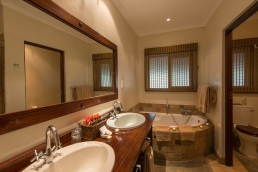 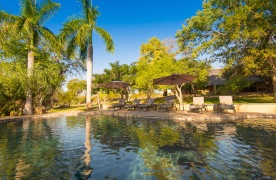 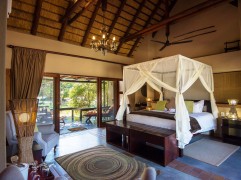