I have delayed writing this piece. There has been a drama playing out and instead of making it two parts as seems to be the trend these days when someone finds a marketable story like the Lord of the Rings movie series. Like any good drama it has highs and lows and it has so much sadness. I guess it all started about 6 months ago. One quiet evening unbeknownst to the Selati lion coalition, four old campaigners moved into this, a relatively stable part of the reserve. The story ended on the 15th of April with a sad and lonely death from a broken lion that never had a chance. 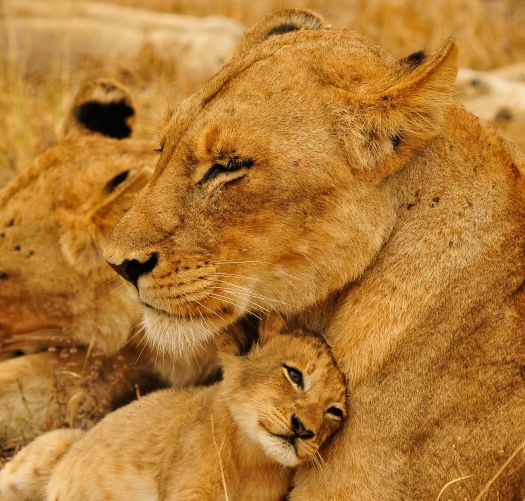 A single Selati male lion was killed on his own in the North of our reserve, his body was found by a guide out on drive. He was the second casualty to the Majingelane lion coalition with one of his brothers having been killed by the coalition a few years before. A third brother was killed in two separate encounters with buffalo. The two surviving brothers were seen walking off the property never to return. The new coalition on the property had actually come up from the north of the Sabi Sand, where they had been established for a few years.

The new coalition then went about looking for the females on their new territory. We left them one evening on a kudu kill in a drainage line and when we returned the next morning 4 of the 8 cubs from the Othawa pride were dead. The remaining cubs had scattered about the reserve lost and bewildered by something they had no clue about. It took many weeks of searching to get them all back, one young female even ended up following the Ximungwe pride around for two weeks. This signaled the start of the great race, the females from both prides took it upon themselves to mate with the lions as a distraction tactic and allow another female to lead the cubs to safety. However over time the males got two more cubs from the Othawas leaving a male and female cub left as the survivors from 8. The two cubs became sub-adults together and often found them alone having to fend for themselves. They lasted for many months and it seemed like for the female at least there was a light at the end of the tunnel. 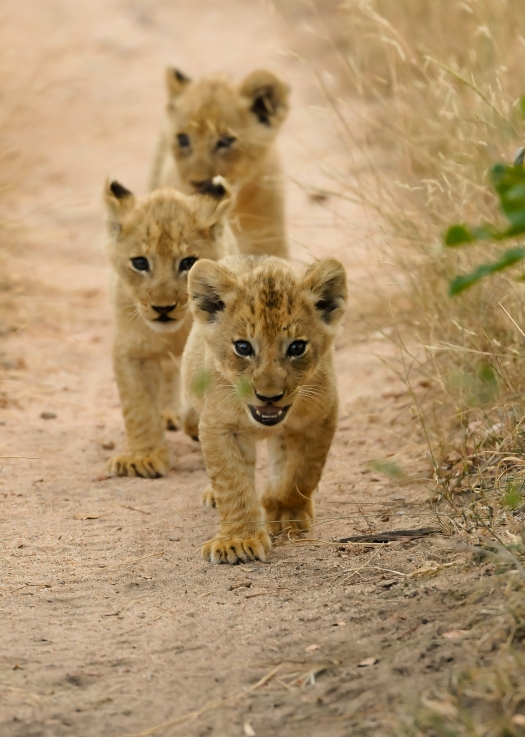 Then in February one of the Othawa females gave birth to three beautiful little cubs. The Majingelanes had become proud fathers once again. The Othawa group thought it was time to introduce the males to the two remaining sub-adults. Surely having cubs of their own would appease their vengeance on the Selati’s at last? The interaction did not go well and the female was seen fleeing the area with all the males after her. The young males were also injured in the skirmish. The female was found close to the lodge a few days later as her decomposing body could be smelt from afar. The young male alone and injured returned to the females with cubs who rejected him. I’m trying not to anthropomorphise here but I can only imagine how he must have felt, being hurt and hungry and then cast away from his family.

In the meantime the short tailed lioness from the Ximungwes had been isolated from her pride because of a small injury. She was on the mend but needed to join the group again. She must have made the fatal mistake of contact calling close to the Othawas and their new cubs. The short tailed lady must have fought like a demon possessed judging by the signs of the struggle left behind as flattened and bloody grass. Her body had mostly been consumed by one of the male coalition when we found her the next morning.

This story ends late one morning drive, after the males and the Othawas had finished off a kill and were relaxing by a watering hole. The lone surviving offspring of the Selati coalition tempted by food and a time gone by came close. He forlornly was calling more from instinct than hope. He lay in the shade of a tree hoping to get in close and join the group. The coalition then came up to him and as he lay there exhausted and broken, they approached with a look of intent. He accepted his fate as only one destined for the gallows can be, resided to his fate he did not run away. With a flurry of activity it was over, the males walked away leaving the broken body and a broken promise from his fathers. Hopefully now the bush has taken its required amount of blood and the strong genes of the Majingelane and by proxy the mighty Mapogos will see this new generation of cubs lasting long. However only time will tell and the bush is certainly not sentimental.