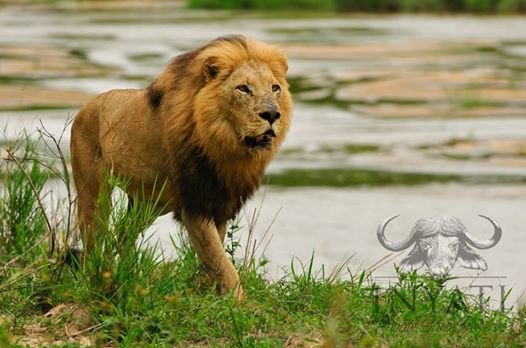 So with much pomp and ceremony, there has been very little rain. A few showers here and there but nothing significant. Instead of sweltering heat followed by thunderstorms which I have been expecting. It has been chilly in the mornings although I refuse to wear a fleece this time of the year on principal. The bush has turned green but everything seems to be on standby for some real rain. Having said that, the trend of wonderful sightings has continued into the green season. The animals are plentiful and putting on a show. There are also wildflowers, and all the migratory birds are back.

There is a lot to say on the habits of the leopards here at the moment. Starting with Xhikavi, she has given birth and has put her cubs in the drainage line just east of the lodge. The problem for her is that she is in a love triangle with Nyleleti and Dewane. Dewane seems to be the jealous type as he has killed cubs before and has been seen searching the drainage line for the cubs. Kashaan and Nyeleti have been doing the rounds. We saw Kashaan recently, he followed vultures to where 3 hyenas had a new born hippo carcass. He viewed the hyenas from afar and lost interest and kept moving. Tlangisa is revelling in the new born impalas, the new borns don’t stand a chance and she eats regularly and keeps a fresh kill all the time for her cubs.

The lion sub-adults are all growing quickly. We haven’t been seeing the Othawas of recently as they have been hanging out in the east. The Ximungwes however have been seen sleeping everywhere. We had the Majingilanes on a buffalo kill North of the lodge. It made for some fine viewing especially the activity of all the scavengers. All the trees were full of vultures.

There have been many herds of elephants and buffalo and zebra around attracted by all the growth in the areas that burnt. The elephants have been putting on a good show coming to bath and play in the wallows by the lodge and in the river.

Going forward we are looking forward to some decent rain and we hope some new lion cubs in the new year.